“THE EDGE, there is no honest way to explain it because the only people who really know where it is are the ones who have gone over.”
― Hunter S. Thompson 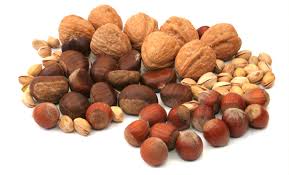 I swear there is a fine line between sanity and insanity.  For the past few months my schedule has been absolutely, positively, without a doubt, insane.  However, once in a blue moon there have been moments of clarity and in those moments I come up and take a breath of air and chew on a filbert.

So you do have my most sincere apologies for not hanging out and being social, such as I am. Sociality is relative, you see.

I’ve been working on the novel for the past few months.  It’s slow progress, hampered in part by life’s little intrusions and my own roadblocks.  Chapter Six is in the making though and I’m pleased with how far I’ve made it and the way the characters have developed. I know each writer has their own method of producing a piece, but I cannot write without a sound track. So, to clue you in to what’s going on right now….

Quite the eclectic mix of tunes, but each song has some relevance to what I’m working on at any given point in time and carries over to the next section within a chapter.  So far, I’m up to approximately 20 songs I have used for this book. By the time I’m done, I am pretty sure I will be around 50. (Gad-zooks!)

Well, now that I have checked in for the time being, such as it is. I am off to Dreamland. I’ve pulled a few 50+ hour work weeks lately and am still adapting to the new migraine medicine dosages. This means more sleep is necessary. Bummer.  Ta-Ta for now…