I’m not sure if I really have a favorite day of the week, but Thursday is definitely right up there. Tonight is “results night” with American Idol. I didn’t get to see the boys perform, but the girls didn’t overly impress me. I’m not sure if it was song choice or just one of those things, but we’ll have to see what happens. 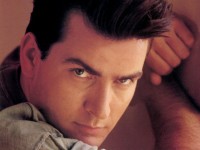 The news has been interesting lately insofar as celebrity things going on. Charlie Sheen (Carlos Estevez) has been having a meltdown, but for some reason, I appreciate the ownership of his whacked-out self. For some reason though, I now have to group him in the “Tom Cruise” category after the interview I saw on ABC. One of the first things I remember seeing him in was “Ferris Beuller’s Day Off” when Charlie was a drugged out criminal. I thought to myself at that time Charlie actually looked like a druggie. Unfortunately, I think Charlie has stayed in character way too long. 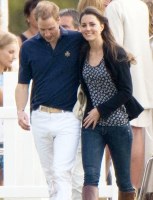 I’ve also sort of kept up with some of Britain’s big nuptuals to be. I remember getting up early to see Princess Diana and Charles’ (gag) wedding. That was such an amazing wedding and I for one thought the pomp and circumstance surrounding it was awesome. I don’t think the carriage ride will take place, which is very sad, but that is something so typically “Royal” that they should have something equally as cool for their departure. I know a lot of people in the States don’t care what happens across the pond. However, I think it’s wonderful that we will get to witness another royal marriage. Every girl in the world wants to marry a Prince and have the big fairy-tale wedding, but since we all can’t-we at least get to watch.

In other news, lots of changes at the casa. We’ve been working on resume’s for the DH and getting those out to varying peoples / agencies / organizations. We need to get a lot more out and hopefull that will take place soon. I have started working on mine, but for some reason, mine is a little more difficult because I have such a diverse employment background.

Last night, I went for a walk-jog-half-assed-attempt-at-running which was rather laughable. BUT… I worked up a sweat and felt better about life when I woke up this morning. I also have a small blister on my right foot. C’est la vie. I can’t say that the weight-loss adventure has really worked thus far. I know part of it is stress. Not a cop-out, but the truth. I haven’t been this stressed in years and when I’m stressed, I live on comfort foods. I am also thinking that it’s possible at this point I have some thyroid-hormone type of thing going on. I’ve contemplated going to an endochronologist to have some blood work done, but haven’t made the decision to actually do that yet. I had the doc do some a couple of months ago when I went for my annual exam and the thyroid came back normal. But that still doesn’t explain how my symptoms correspond to hypothyroidism. We’ll see I suppose. Combine those factors with the fact I’ve been menopausal for a good decade, weight does NOT come off quickly.

Health & Fitness #53 Put your kitchen on a diet before starting your own weight loss plan. It just makes sense if you “slim down” the crap from your kitchen, you won’t be tempted to indulge in “crap.”

He is the image of the invisible God, the firstborn over all creation.
— Colossians 1:15 (NIV)

Thoughts on Today’s Verse…
If we had been alive when Jesus worked in the carpentry shop in Nazareth or walked along the Sea of Galilee near Capernaum, we could have said, “There goes God,” and been right. The amazing reality of Jesus is that he was God among us. Matthew calls him Immanuel, “God with us.” In Colossians 1, Paul pours out every superlative he can use to describe Jesus’ preeminence over everything and everyone. He is God with a human face. He is the ruler, the transcendent one, who reigns above all creation. He is also our Savior and our sacrifice.