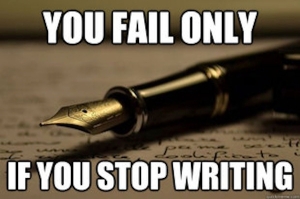 For the past couple of months, I have taken a sabattical of sorts and pulled away from the normal hum-drum, work-a-day life. It has done me a world of good mentally and physically, but financially, it’s taken a bit of a bite out of the bank-book.

However, I think I can say I think I finally feel more alive than I have felt in a long time.  I see things with a clarity I hadn’t seen in a while and I appreciate people and places again. While that may sound strange, I had “turned off” many relationships and just didn’t want to communicate. This may be the best blessing of all. I am once again breaking out of the protective shell I had built up around me.

When I write, I have to write from an emotional place or the scenes ring false and mechanical. Robert Frost hit the nail on the head. You have to bleed onto the page and let your emotions out. I held them too tight and let them fester and boil inside, but letting them out – well, I wasn’t going to do that. That would have been having to admit I actually HAD emotions. Fear, angst, loathing, hurt, love, joy, happiness… all of them I had kept bottled up for a while and I couldn’t express any of them. You know something? That’s not a way to live.

I thought I did it to protect myself. I thought if I insulated myself enough, I couldn’t be hurt by all of the changes brought about this year – that I wouldn’t be affected by “life” and it’s ebb and flow. I was wrong.

As a result, for the past few months, I couldn’t write. Physically, it was just painful. I couldn’t bring myself to actually look at the screen and put my fingers on the keys. Why? Because I write with emotion and I just knew that if I did, all of the bottled up feelings would unleash in a torrent and I wouldn’t be able to put a cap on it. I was “afraid.” Isn’t it bizarre to admit fear? Bizarre, but oh so true.

Over the past week, I have read about nine different books and some of them were REALLY good.  The writing was tight, the characters were outstanding, the plots were well scripted. Slowly, the bottle on my emotions shook and as I closed the last book, the cork popped and everything I thought was contained released in a small explosion.

This time away from everyone and everything has done me a world of good. I see things differently now. Today, I am a writer once again.