“A room without books is like a body without a soul.”
– Marcus Tullius Cicero –

I’m sitting here this afternoon sick as a dog. (Though I wonder what that expression really means.)  I didn’t feel like working on my book today because my concentration is shot to hell and the trips to the bathroom are frequent.  So, I did what any good writer does, I read.  I wanted to take a second though to catch you up on some of my more recent reads.

Because life has been a little stressful lately, comic relief is necessary.  So when I stumbled across “Girl Walks Into A Bar” by Rachel Dratch, I knew I was in for a treat.

You may have seen her on Saturday Night Live. This former cast member put pen to paper and wrote a fabulously funny midlife memoir about dating and becoming a mother when she was 44 years old.

She talks about her “high school methods” of birth control and breaking the news to her boyfriend.  I have to say, breaking that news isn’t a fun moment and her recollection of the story is totally relatable.

I also got an “insiders” look at Hollywood and, just as I suspected, it’s not all it’s cracked up to be.

Another great read with characters that spring off the page is “Gone: A Novel” by Cathi Hanauer. 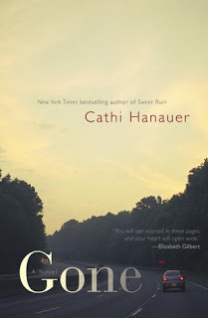 It’s a pretty quick read.  I got to see inside the minds of both the main characters, Eve and John.  The book is a modern take on marriage and finding one’s self.  I can’t say it’s the “best” book I have read, but it does show some of the trials and tribulations of marriage and family and coping. There were a couple of sagging parts and there were some nutrition / health related subplots that were a little weird for me and I can’t place my finger on “why.” Maybe it was the tone that was used? Maybe that’s just me. My only real concern was the ending appeared a little abrupt, but overall, it’s worth the read.

I came in late on “Pottermania” and didn’t have the opportunity to read the books before seeing the movies. I know, I really should have been shot.
However, my darling husband bought me the hardback boxed set for my birthday and I devoured them each at least two or three times. However I keep coming back to the last two – “…the Half-Blood Prince” and “Deathly Hallows.”
It doesn’t matter how many times I read them, I find something new inside.  As a writer, I appreciate her pacing, turn of phrase or visualizations.  Quite remarkable and quite inspiring.
For those who have NOT read any of the Potter books… for the love of all that is good in the world – do so. Do not pass go. Do not collect $200.
So as I take yet another break to head to the loo, I just wanted to pass on the latest  on the bookshelf / Nook and hope you enjoy the reads as much as I do.   If you’re reading something really good, please share. I want to know… What’s on your shelf?