25 years ago (not to the day) I graduated from High School in the middle of BFE. I enjoyed school for the most part. I wasn’t part of any particular crowd – had friends in all the crowds which was a good, good thing. We had the jocks, the preps, the geeks / nerds, the stoners, the … wait… hang on… I feel like that scene in Ferris Beuller’s Day Off when Ed Rooney’s secretary Grace says, “Oh, he’s very popular Ed. The sportos, the motorheads, geeks, sluts, bloods, wastoids, dweebies, dickheads – they all adore him. They think he’s a righteous dude.”  But I digress….

This weekend is my 25th reunion weekend and I’m not going / didn’t go.
Please don’t feel sorry for me.
I don’t want to go.
Friday night was extended Beer 30 at a local bar, with a pre-bar before-hand. (Like really?)
There was a fund-raising walk early this morning, which I can’t do right now, Wonderland Park this afternoon (about 100 degrees out) and then dinner at the Wolflin House tonight. I’m sorry, but really none of that interests me. I don’t drink. I’d do the walk if I were able. I spent the day helping mom, which is MUCH more important than spending time at Wonderland, and Wolflin House was something like $30-$40 a head (I’m broke.)
But beyond that, I’d probably be bitching about the food and want to leave early anyway. Why? A lot of the people I really wanted to see couldn’t make the reunion. There may be a few here to see, but overall. I just don’t care. Is that just wrong of me? I don’t know.

However, I have spent quite a bit of time thinking about some cool things about 1988. Here are my top three favorite movies and songs from 1988. 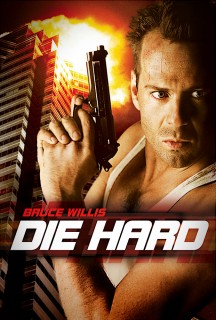 Die Hard – Yeah. In 1988 I developed a major crush on Bruce Willis.  He was charming in “Moonlighting,” but this movie did it for me. I’ll probably be a lifelong fan. He’s better looking now, not a bad actor and I’ll forgive the divorce with Demi Moore. She’s flaky anyway.

BIG – Released in 1988 as well, Tom Hanks pulled off a fun movie (I believe it was shot in one of my all time favorite stores, FAO Schwartz.)  My children enjoyed seeing it when they were younger as well. I dare say this movie is timeless.

Cocktail – With Tom Cruise before he went Bat Shit Crazy, what 80’s girl didn’t have a crush on him. As a side note… in ’89 I got into a shit ton of trouble by accidentally playing the Beach Boy’s “Kokomo” released from this soundtrack on the air. Wrong song for the wrong format. My bad. I’m truly sorry. 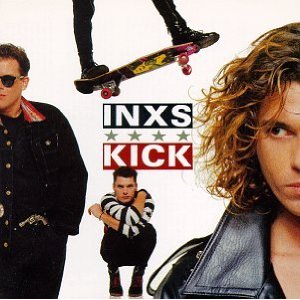 Speaking of favorite tunes from ’88…

It was number 2 on the Billboard Top 100 from 1988, but it’s my favorite song from that year. INXS‘ “Need You Tonight.” Michael Hutchence had a voice to die for and I can remember wearing out two… count them TWO cassette tapes in my car.  A lot of Friday nights were spent cruising around town while listening to INXS’s album, “Kick.” While I love all of their work, it was possibly their best.

Most people would guess this would be my number one pick from 1988. Surprise, it’s my number two. It fell on Billboard’s Top 100 at number 19. Def Leppard – “Pour Some Sugar on Me.” The other song that made the charts in ’88 was “Love Bites.”  Hysteria was released in 1987 and it was a monster album for the band. It’s not my favorite song on the album. That would actually be “Love and Affection.” However… on the flip side (album) of “Sugar”, the band re-recorded one of my all time faves – “I Wanna Be Your Hero.” Awesome stuff that is.

The third pick is very, very hard from me because music fuels my soul. I was in radio at an early age and will probably always have some part in the industry. There were SO MANY good songs and groups that I could say all the rest of them, but I will do my best to pick one and only one for number three. I’m trying to pick from George Michael, Guns and Roses, Van Halen, Whitney Houston, Foreigner, Cher, Sting, Richard Marx, Debbie Gibson, Rick Astley… Wow… lots to choose from.

However, this last spot will go to the Bangles – “Hazy Shade of Winter.” Billboard’s Top 100 logged them at number 35. However, there’s something about this song that haunts me. I scrolled up and down the list of songs and knew the words and melodies to almost all of them. I always came back to this one.

“Hazy Shade of Winter” was written by Paul Simon of Simon and Garfunkel in 1966 so you know automatically you have a master of the craft of songwriting taking care of business. Combined with the feminine harmonics of the Bangles, it comes together beautifully. It has staying power and will outlive me, just on lyrics alone.