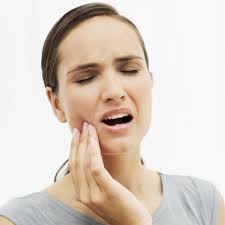 I have been down and out with the flu, influenza, or what I would not-so-lovingly call the plague.  After a week of anti-biotics, Tamiflu and a host of over the counter meds to help with the symptoms, I am still running a low-grade fever, coughing  and so congested it’s not only hard to breathe, but open my jaw.  In fact, I contemplated the entire concept of lock-jaw today.  I can honestly say I didn’t know much about it and found the following:

In unvaccinated individuals, tetanus is contracted through a cut or deep wound which becomes contaminated with the organism. Tetanus has also been associated with clean wounds, surgical procedures, insect bites, dental infections, and intravenous drug use. It is not transmitted from person to person.  A common first sign of tetanus is muscular stiffness in the jaw (lockjaw), followed by stiffness of the neck, difficulty in swallowing, rigidity of abdominal muscles, spasms, sweating and fever.  The incubation period is usually eight days but may range from three days to three weeks. Shorter incubation periods are associated with more heavily contaminated wounds.

Reassuring in the fact I can’t think of a “recent” wound that would allow this and I’m good on the rest – no surgeries, bites, dental work and DEFINITELY no drugs.

With this “plague,” I have felt a bit like Typhoid Mary at work.   Yes.  I am going to work despite the fact I am still sniffling, sneezing, coughing, aching and can’t breathe.   I missed almost two weeks between being out of town training and last week when this evil organism took over my body.  I don’t know of anyone at work that has this (yet), but the kids and hubby are getting a little ticked at me.  Something about “not feeling good” and sniffling, sneezing, coughing… I’m sure you get the picture.

In fact, youngest came in earlier tonight to ask about Kleenex.  She needed some.  I don’t have any — perse. I have what’s left of three boxes of Puffs Plus, the greatest tissue for severely congested people ever made.  (Lotion is such a blessing and helps with the chafing.) 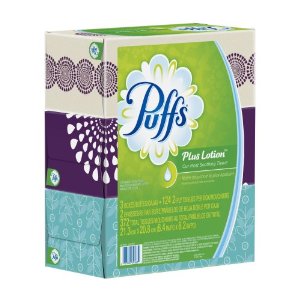 Strangely enough, most people call tissues “Kleenex” and with good cause.  It’s the name brand that first became associated with the disposable tissues in the 1920’s.  By the 30’s Kleenex was being marketed with the slogan “Don’t Carry a Cold in Your Pocket.” Its use as a disposable handkerchief replacement became predominant.

I’m not a fan of the handkerchief.  In fact, I have an almost “Sheldon Cooper Aversion” to them.  There’s something about its reusability that rather disgusts me.  I don’t care if they are “green” or “coming back into style.”  I have a hard time with the concept of, despite being washed and theoretically clean, carrying around a piece of cloth that has been used to absorb some of the grossest bodily fluids to emit from a human is somehow wrong.

There is also the legitimate problem of absorbency.

I have personally gone through TWO large boxes of Puffs and an entire “mega” roll of Charmin Extra Soft bath tissue during this illness. There are not enough handkerchiefs to keep my nose dry in this city.

The amount of laundry it would entail is insane and frankly, where does one store a used ‘kerchief? I don’t wanna carry my own snot around in my purse.  Quite the conundrum, eh?
So typically, I avoid the problem completely by carrying around a wad of tissue and a plastic zip-lock bag in case I can’t get to a trash can to dispose of the bacteria-laden paper product.

During this viral attack on my persona, I have also found out a few things about being sick.

1) The higher the fever, the less I give a crap about anything or anyone.  Pretty much my family could be starving or walking around naked and my only thought is, “so?” Sad, I think, when I get too far into myself to care for others.

2) Breathing is not to be taken for granted and apparently I do.  I woke up in the middle of the night the other night and I couldn’t breathe.  I’m not sure what happened, but I was gasping for air like a fish plucked from the water and dropped into the boat.  It passed, but I realized at that moment oxygen is a beautiful thing.

3) I’ve always got to be doing something and NOT doing anything other than laying in bed is torture.

With that said, it’s a conundrum wrapped in paradox.
There is no energy to do anything so I torture myself by thinking of all the things I need to be doing and then really not caring about it so much as I try to take a few deep breaths.
Lather, rinse and repeat.

Finally, I should be working on the novel.  I don’t have the energy so I am blogging. It’s easier on the mind, clouded by good drugs.  I haven’t written diddly-squat in  a couple of weeks, the plot line is still messed up and I am cranky about it.  I’m not sure how yet to fix it and that too is bothering me. 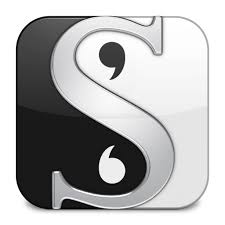 Scrivener looks promising, but at this point, I’m not sure if it’s helping or hurting the process.  I actually have used it for a few things, but I’m thinking at this point breaking out index cards and a notebook might be better. I don’t know.  For me this feels like one of those things that’s supposed to make writing easier and because of all the bells and whistles makes it harder.  I don’t know if others have this issue.  I should go on the forums and ask, but again… rule 1 comes into play.  I haven’t really cared THAT much to do so.

I am hoping to get the ball rolling again by this weekend.  I want to feel productive, aside from doing laundry, and get the words back down on the page.  Maybe, just maybe, this fever will FINALLY break and I’ll get back to caring about something.

For now though, my only concern is sleep and sleeping a few hours without having to blow my nose 437 times.  Maybe tonight is the night.