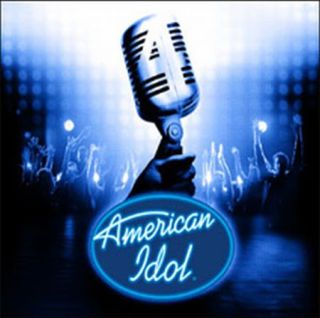 Tonight on American Idol the contestants did “Motown.”

Ein) This is the best season of AI since the first season. I’m so glad that the judges actually have a clue. Simon got to be excessively annoying – 9 years of being a pain in the ass and really not having a nice thing to say about anyone??? Paula Abdul was a joke and useless. I mean seriously? She wasn’t a good singer back in the 80’s / 90’s. She was a great choreographer, but I’m not a huge fan (and I am stating the obvious.) And Randy actually was the only one who tried to offer musical criticism. My complaint – Randy is stuck on “Yo Dawg.” After 10 years, it gets a little old. Find a new schtick dude.

Zwei) This is the most unique group the show has ever had. I’m grateful the judges are such a diverse group because I honestly think that’s how we ended up with such great talent. Paul and James are probably my favorites. There are a couple I don’t like at all – can’t even remember their names. Hopefully neither will win.

Drei) I haven’t voted. I probably won’t vote. I understand the concept of the fans choosing, but I honestly don’t know if it costs money. If it does, screw it. I don’t have the funds to waste on an entertainment vote. If it doesn’t, why do I want to waste the time when I could spend it blogging?

In other news, I had to have a chat with both of the girls about their grades tonight. I don’t understand why it’s hard to get good grades. If you just remember to turn in homework, half of the battle is won. I’m giving the girls the same lecture my parents gave me, only with less hellfire and brimstone. If the situation called for it, I would probably open the gates of hades; however, they know what needs to be done and they are pretty good at beating themselves up. We’ll see what happens. Right now, the both of them need to lose the spring fever and go for the gold.

Finally, haven’t been feeling up to snuff lately. Between the pain in the foot, the knees hurting from the extra baggage and the bladder problems… I feel much older than I am. I am thankful tonight for painkillers. Somehow and some way I need to get healthy. How to manage that I’m not sure, but am hopeful it will happen sooner rather than later. Sweet dreams (and may Charlie Sheen not be a part of them.)